Diamond Capital is happy to announce that Bennett Lim with his Angsana Asia HY Bond Fund has won the Citywire Asia 2019 award for Best Asia Pacific Hard Currency Bond Fund.
This can be considered a prestigious award as Citywire evaluates and ranks 70 Asia Pacific Hard Currency Bond Fund managers for this category, and it includes Asia Pacific Hard Currency Bond Funds managed by institutions such as PIMCO, Fidelity, Blackrock, Allianz Global Investors, Invesco, UBS, Nomura, Credit Suisse, Deutsche Bank’s DWS, AXA, Neuberger Berman, JP Morgan, Morgan Stanley, etc.
Citywire Asia Awards 2019 winners: Singapore Best Fund Managers
Market sentiment for Asia HY
YTD we are seeing significant inflows (in the asset class as well as in our fund) due to reversal in market sentiment. Recall that we said that Asian HY was very cheap relative to historical valuation, and also relative to underlying fundamentals and 2019’s outlook. We also called for additional targeted stimulus measures by the Chinese government, and forecasted that US will try to de-escalate the trade war with China due to the collateral damage/costs to US companies. All these points have since materialized and have been key drivers for the rally in Asian HY YTD.
Even after the rally, the yield on our Angsana Bond Fund is still very high relative to historical average, while issuer fundamentals are still expected to be supportive of valuations (with credit metrics improving from prior years). Remember that in 2018, Asian HY lost a full year of carry in addition to capital losses, and there is a lot of buffer (i.e. to recoup the losses from 2018) for Asia HY to continue to generate strong returns this year even after a strong Jan 2019. Many HY issuers have come to the bond market in Jan 2019 to issue bonds to refinance their upcoming maturities, and thus, their maturity schedule looks better now compared to 2018. As such, we remain constructive on Asian HY.
Angsana Bond Fund-January 2019 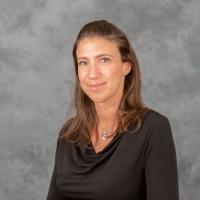