Is it still safe to ignore the world’s third largest equity market?

Overseas investors reduced their exposure to Japanese equities at record levels last year and, so far, this year too, leaving the equity market very much in the unloved and oversold camp. It is not uncommon for Japanese equities to have this status. In the past, when Japan was suffering a multi-decade contraction, this mindset could be understood. Yet today, it is much harder to justify.
The Japanese equity market bottomed in 2011 and has since gone on to outperform most global indices. International investors initially took notice as the newly instated Prime Minister Shinzo Abe began his reign by firing his “three arrows” that were designed to restart corporate Japan. The first two arrows, unprecedented levels of quantitative and fiscal easing, had a rapid and profound impact on the economy, corporate profitability and, subsequently, share prices. The impact of the stimulus peaked in 2017 and with the third arrow, targeting corporate reform, failing to excite investors the Japanese market saw record levels of foreign selling as investors moved back to their underweight positions.
It is, however, the third arrow that should excite the most. The first two were short-term fixes designed to kick-start the economy but ultimately failed to address the structural problems that have plagued Japan for decades. The third arrow was the major surgery that offers Japan plc the ability to again be competitive on a global scale, primarily by forcing companies to engage with shareholders in a manner that is required in other developed economies. The implications of effective shareholder/investor communications should not be underestimated. It is a dynamic that has long been vacant in the Japanese corporate world, where companies have been able to ignore the more aggressive and financially motivated shareholders.
One only needs to look at the past 12 months to see the results of this change. In 2018 we saw companies return record amounts to shareholders with both dividends and share buybacks individually setting new highs. During the recent AGM season, we saw the number of shareholder proposals double year-over-year, activists gain seats on boards and companies abandon poison pills designed to prevent hostile takeovers. Another major success this year came when shareholders of LIXIL Group voted to back a motion put forward by a few overseas investors, including Polar Capital, to reinstate its former chief executive after he was ousted by a member of the founding family. The success sends an enormous message to domestic management teams who have previously managed the company as if their own, and not for those who actually own it.
Everything we are seeing is validation for Abe’s third arrow. Yet, these are still small steps and we believe there is far more to come. Crucially, this structural change has now passed its inflection point. Whether or not there are further catalysts to promote change, such as CGT holidays and taxation on retained earnings, it is very clear that a sea change has begun.
Naturally, the key question for global investors should be whether it remains safe for them to ignore Japanese equities. I imagine that, to most of us who specialise in Japanese equities, the response would be an overwhelming “No”.
Chris Smith
05 August 2019

Disclaimer
All opinions and estimates in this document constitute the best judgement of Polar Capital as of the date hereof, but are subject to change without notice, and do not necessarily represent the views of Polar Capital.  Polar Capital is not rendering legal or accounting advice through this material; viewers should contact their legal and accounting professionals for such information. This document does not constitute a prospectus, offer, invitation or solicitation to buy or sell securities and is not intended to provide the sole basis for any evaluation of the securities or any other instruments, which may be discussed in it. This is not a financial promotion.  Past performance is not indicative of future results.  A list of all recommendations made within the immediately preceding 12 months is available upon request.  This document is not a personal recommendation and you should consider whether you can rely upon any opinion or statement contained in this document without seeking further advice tailored for your own circumstances. This document is only made available to professional clients and eligible counterparties.  Shares in the fund should only be purchased by professional investors.  The law restricts distribution of this presentation in certain jurisdictions; therefore, persons into whose possession this presentation comes should inform themselves about and to observe, all applicable laws and regulations of any relevant jurisdiction. 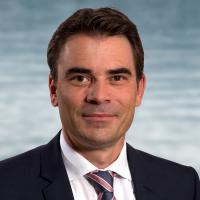 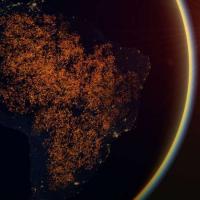 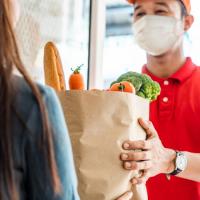 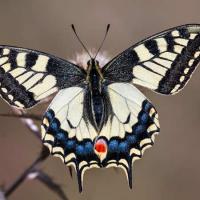